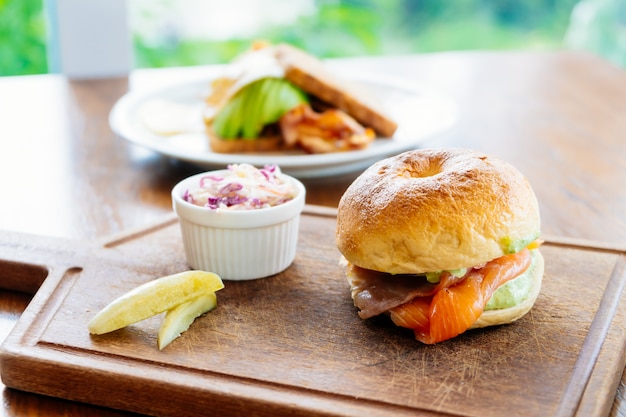 The wholesaler produced 15 million pounds of smoked fish last year, more than 9 million of which were salmon. Whitefish is also popular. Acme’s herring, which comes pickled, creamed, and in wine sauce, is another fan-favorite. Sable, a smoked black cod known for its buttery texture and astronomical price tag, is also among the offerings.

Every Friday morning, Acme opens its Greenpoint location to the public, selling its delicacies to anyone willing to make the trip. At 7:43 a.m. on a recent September morning, there were already 15 customers. Less than an hour later, the line had more than doubled, almost stretching to the street. Those waiting included mothers with young children, a visitor from Japan buying for himself and his touring theater company, an HBO production assistant, and a collections manager from Brooklyn in his mid-60s.

On particularly busy days—especially those surrounding Jewish High Holidays (Yom Kippur is this week)—the company says the line wraps around the block.

The joy of smoked fish has been spreading beyond New York’s Jewish population and its historic storefronts. Mile End opened in Brooklyn in 2010, followed by Shelsky’s in 2011. Wise Sons Jewish Delicatessen opened in San Francisco’s Mission District in 2012. Blue Circle Foods, a Washington-based seafood company founded in 2005, says smoked salmon is its best-selling packaged product.

Acme supplies such area stalwarts as Russ & Daughters, Barney Greengrass, and Zabar’s & Co., as well as major retailers like Costco, Target, and Wegmans. Since company founder Harry Brownstein, a Russian immigrant, began distributing smoked fish from a horse-drawn wagon in 1906, Acme has grown to become the largest American smokehouse, with operations in Florida, North Carolina, and Chile, in addition to its Brooklyn headquarters. 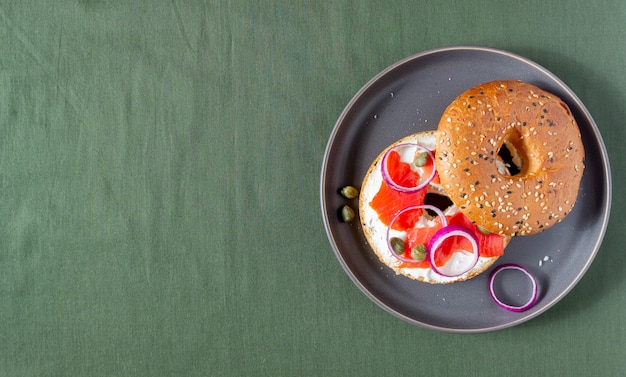 The cuisine is known as “appetizing,” which includes smoked fish, cream cheese, capers, and all the other accouterments one might put on a bagel, traces its roots to New York’s turn-of-the-century Jewish immigrants, who arrived en masse from Eastern Europe. Some 2 million to 2 ½  million Jews moved to the U.S. from 1880 to 1924, when the Johnson-Reed Act enacted significant immigration limits, and most settled in New York, said Annie Polland, executive director of the American Jewish Historical Society.

The business has changed with the times. The industry is now global, rather than local.

The U.S. imported almost 100 million pounds of cured fish in 2017, according to data from the National Fisheries Institute, a seafood trade group. The rise of commercial aquaculture in the 1980s allowed Acme to replace a mostly wild supply with a largely farmed supply, driving down prices. Machinery was incorporated to slice and package the salmon, making products more widely available and convenient for consumers.

Case shipments of smoked fish from food service distributors to restaurants—including independents, small chains, and, of course, bagel shops—were up 4% for the year ending in August, reaching $46.3 million, according to market research group NPD. While the quantities have multiplied, the processes, whether bringing in saltwater, dry curing in salt or smoking in ovens, remain largely the same.

The changes moved smoked fish from a specialty product to a mass item. Acme has seen 9% annual growth over the past 20 years and the company’s three brands—Acme, Blue Hill Bay and Ruby Bay—are sold in thousands of stores across the country.

Faro is one of the most famous cities in Algarve. If you want to visit South Portugal you will likely...

Did you know that learning how to market on TikTok is one of the best things you can do as...